SnowWhite StripTris
SnowWhite StripTris is a new free erotic game that combines simple rules of the popular game Tetris(R) with extra-cool photos of sexy girls. Try to put the whole picture of the girl, and you will enjoy all of 140 naked SnowWhites if you are skilled and experienced enough.
Your goal is to keep the board from filling up as long as possible getting the highest score and watching more pictures.
In this game each peace consists of four blocks. You can rotate the falling pieces to lay them down without gaps. When a line of blocks is built - it disappears. The more lines removed at once - the more points you get. Game starts with empty board. Some figures contain blocks with parts of the picture. If you remove such blocks from the board the corresponding parts appear in the picture. When you open the picture completely, the next game level begins.
Have fun and Happy holidays!! 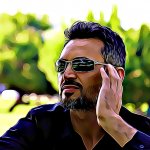